For more than forty-five years, CareOne has grown to keep up with the demand for high-quality care in a number of expanding services, including the launch of the Harmony Program, one of the first programs dedicated to helping the memory impaired.

We promise to never stop innovating for you and your loved ones, because everything we do is dedicated to the continuing care of seniors across every stage of life.

A Message from Daniel E. Straus

It is so gratifying to be a part of this vibrant, energetic, and caring company, a team that strives each and every day to meet the highest standards of safety, care, and services for our residents.

Our facilities offer a level of care that reassures the families of our residents that their loved ones are benefiting from focused, empathetic support that maximizes dignity and quality of life.

Residents live in an environment in which their needs are met by thoughtful, engaged, and focused staff members who make residents their top priority. Indeed, it is the can-do spirit of our highly dedicated staff that infuses our entire enterprise.

When I founded this company in 1999, I was determined to establish a standard of excellence in healthcare of which I could be proud. Thanks to our superb staff members we have achieved that objective, an achievement for which I am very grateful. 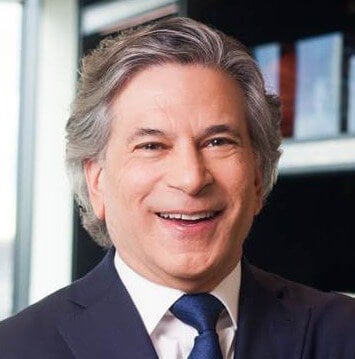 Daniel E. Straus has acted as the principal investor in hundreds of transactions involving both operating businesses and real estate totaling several billion dollars. Mr. Straus rose to prominence in the 1980’s and 1990’s as the President and CEO of The Multicare Companies, a NYSE traded corporation that he grew from three health care properties into a healthcare empire of over 170 locations spread across the East and Midwest of the United States. Multicare was sold to another large healthcare operator in a highly publicized healthcare real estate transaction in the late 1990’s. Currently, Mr. Straus serves as Chairman, CEO, and controlling shareholder of several healthcare services businesses with revenues totaling in excess of $5 billion. These businesses were each built and/or founded by Mr. Straus.

CareOne, founded by Mr. Straus in the late 1990’s, has developed, operated, and managed more inpatient healthcare properties in the New York Metropolitan area than any other operator. With Mr. Straus’ vision to redefine healthcare, his company has become the market-share leader for senior living, sub-acute care and inpatient rehabilitation in the northeast of the United States. Over 100,000 older adults have been cared for by the CareOne family of senior living and rehabilitation centers since its founding. His portfolio of senior living properties is regarded in the industry as the gold standard for design and programming and has garnered national attention and awards for the quality of care, and architectural and design elements.

Mr. Straus also founded and built InnovaCare Health, one of the largest Medicare Advantage health plans in the United States, which provides health insurance to 500,000 seniors in Puerto Rico, and currently serves as its Chairman of the Board and controlling shareholder. Mr. Straus previously operated Aveta Health, a large physician practice management company located in Southern California, which he sold to United Healthcare in 2012.

In addition, Mr. Straus’ portfolio of companies include: Partners Pharmacy, an institutional pharmacy that provides for the needs of over 40,000 people in several states; Ascend Hospice, which cares for thousands of patients annually; Avantum Pharmacy, which provides oncology medication to cancer patients; and Ascend Homecare.

Outside of the healthcare services, through his family office eponymously named The Straus Group, Mr. Straus invests in a wide-range of investment types, including, but not limited to, real estate, hedge funds, private credit and equity, financial products, and sports-related investments.

Prior to founding Multicare, Mr. Straus was an attorney with Paul, Weiss, Rifkind, Wharton & Garrison LLP in New York City. Mr. Straus holds a B.A. in political science from Columbia University and a J.D. from New York University.

Mr. Straus has also been and remains as dedicated and committed to philanthropy as he has been to his business interests, supporting several charitable causes through his own foundation and through charitable foundations he has created at his various companies. An area of particular interest for his philanthropic endeavors has been to provide for and take care of the needs of the thousands of employees who are part of Mr. Straus’ companies and the communities in which his businesses operate. Accordingly, Mr. Straus personally contributed and organized funding intended to provide for the uninsured losses of his employees and their communities as a result of the devastation caused by Hurricane Sandy in 2012. Mr. Straus started and maintains a charitable fund to provide for the needs, beyond those covered by health insurance, of his employees who have been ill with cancer. Mr. Straus, through CareOne and together with his daughter, has successfully spearheaded large fundraising campaigns for the Valerie Fund, Breast Cancer Research Foundation, and the Make-A-Wish Foundation. Most recently, Mr. Straus led efforts to assist victims of the hurricanes in Puerto Rico, Texas, and Florida in 2017. The fundraising effort for Puerto Rico, in particular, was by most measures the largest private citizen initiative to assist in rebuilding the island of Puerto Rico.

CareOne is a healthcare, skilled nursing facility, and assisted living community, exclusively committed to the life and health of seniors across every stage of life.